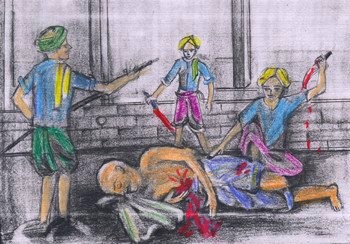 As per Vedic sciences, where a Brahmin's blood is spilt on earth or where a brahmin is killed, brahmins should not live in that place for at least 12 years.