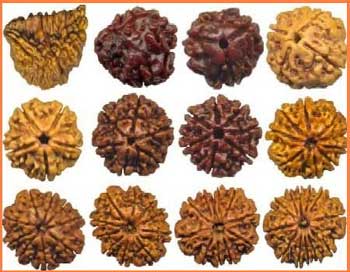 Rudraksha is very much auspicious. It is treated as if Lord Shankara. Every wheere in ancient records even in Vedas we will find the greatness of rudraksha. The details of wearing the rudraksha are in the head 20 to 40, 6 in each ear, 12 in the hand near palm,16 in the backside of the hand, 1 on each eye, 108 around the neck as to it should come below the heart level, 54 in the sacred thread ( Janawa or yadnyopavita). It is believed that one who wore rudraksha will become Shiva only and looses all sins committed. These are believed as the eye drops of Lord Shankara during the battle with the devil Tripurasura. The white colored rudraksh are known as brahmin, red one is kshatriya, mixed one is vaishya and black one is shoodra. Eka mukhi ie one headed rudraksha is known as actual Shiva, Two headed is known as Gaurishankara, Three headed is agniswaroopa, four headed is brahmadeva swaroopa, Five headed is Kaalagna swaroopa,14 headed is Rudra.The greatness of Rudraksh is much high.

Once a businessman from Nepal arrived in India to sell the rudraksh. Keeping them on a donkey he use to come every year and get a good profit out of that but this time his donkey has become old. And due to the burden of weight the donkey has lost its life and dead on its way. To the surprise of the businessman after some time when he was thinking of the donkey a aero plane from heaven arrived there and some persons also got down from the aero plane ,who took the donkey to them and put it in side the plane. At the same time the businessman asked them about. They said we are soldiers of heaven and this aeroplane is used only for the gods, and we are ordered to take lift this animal as it has tolerated the burden of Rudraksha all the time on its body as if it ore them even it do not know what is it .