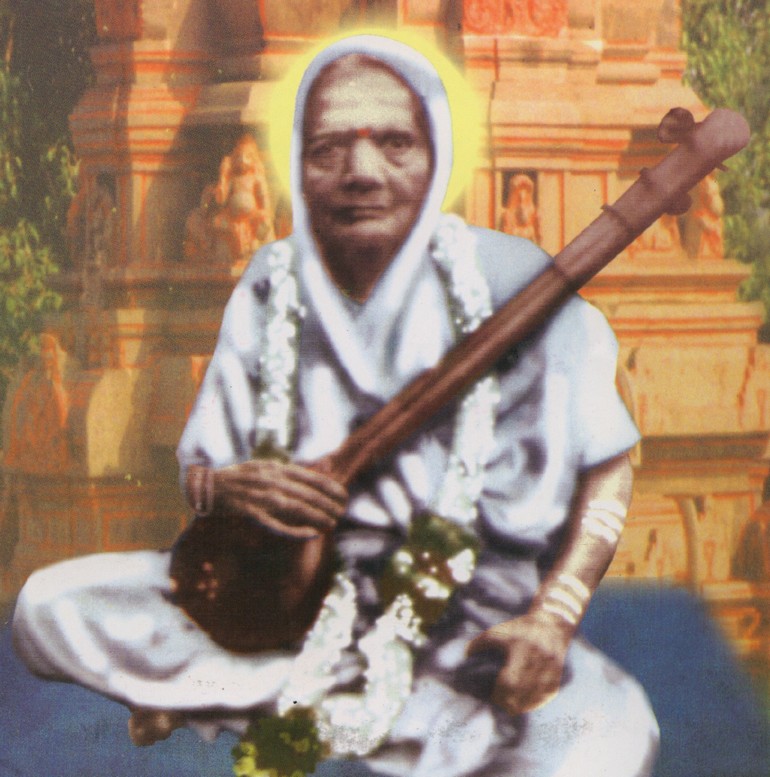 A divottee of Pndharpur Shri Ramappa Naik and Sau Santubai gave birth to a child in shake 1714(1792 ad). As they were devotees of Vithala and as they got the daughter with the blessings of Vithala they pur her name as Vithabai.(named Vithabai). Since child hood only Vithabai is very much interested towords spiritual activities (adhyatma), god etc. As the parents do worship lord Vithala she also got more interest in him . Days were gone Vithabai become elder and her parents arranged a marriage, but she had no interest in such routeen life

One night she ran out of home taking only a photo of Lord Vithala with her. At night she lost her way and wandered much in the jungle chanting the name of Lord Vithal. She also was not known where to go during these hours. Vithala gave Darshana to her and told that I am at Kundagol village, South of India, in the name of Sri Chidambar Maha Swamiji. You go there and you will get one more associate like you, do not worry. Then Lord Vithala disappeared.

Early in the morning she listened the familiar voices she knows, that is of taal mridunga etc chanting the name of Sri Chidambar Maha Swamiji in place of Lord Vithala. Vithabai rememberd the name Sri Chidambar Maha Swamiji told by Lord Vithala. Accordingly she rushed towords the voice. She was so happy to see the Dindi which she knew since childhood. Vithabai also took darshana of Shri Rajaram Maharaj who was leading the dindi. Also told him every thing about Lord Vithala till she reached the dindi. Vithabai followed the dindi as the same was going to Kundagol .