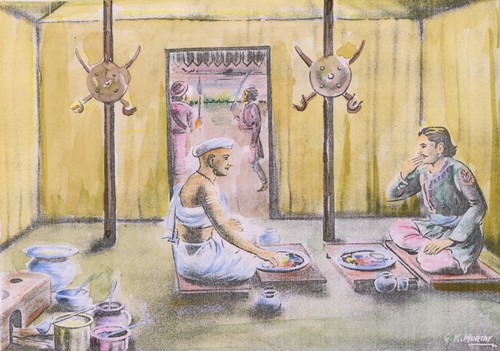 There was a King named Chaturbhuj who was devotee Sri Chidambar Maha Swamiji .He was a very noble king but the neighbor state always used to disturb his kingdom. Once the neighbor king attacked on the kingdom of Chaturbhuja .The battle lost along .