The king of Kashmir, Sansarchand 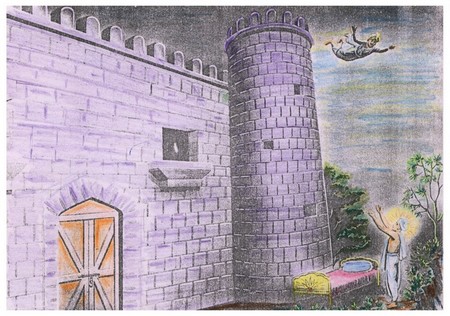 After some years once he was felt ill and all the doctors, vaidyas, mantrikas, tantrkas treated him but nothing has proved fruitful. After some days his illness increased, and the king became very much tired. The king was thinking to end his life. Accordingly one night he started towards the fort long outside his palace which was very much high. He has planed to jump from it and end his life. And he reached to the end of the fort at its height and with taking the name of god as Jai ShivShankar and he jumped .