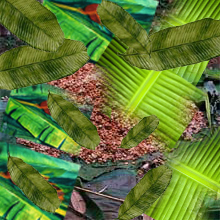 She was thinking that being a prostitute I had done many, many bad things with the help of beautiful body and voice. But now every thing is finished due to such illness. Ramasani was thinking in her mind about Shri chidambar Mahaswamiji as you are actual god, you are kind hearted, you are like a sea, you can excuse people like me even. Oh Lord shankara please be murcy to overcome the sin I have gathered knowingly unknowingly. I request in the lotus feet of you Shri Chidambar Mahaswamiji either you excuse me or show me the way to end my life. with the thinking she arrived to the gate where Shri Chidambar Mahaswamiji sat inside.

There was a long line for darshana and many people gathered there recognized her, some were looking at her some were surprised and some were angered upon her as why she should come over here at holy place. Mean while Somebody said " why you have arrived here , not to come over here and not touch any thing etc ". She returned back .Next day once again she arrived thinking the same as usual and same thing occurred. Once again she returned back. On 4 th day when Ramasani arrived for the darshana people gathered have quarrelled much with her and told as you have beed ordered not to comeover here why you are trying daily . As the arguments aand shouting heard by Shri Chidambar Mahaswamiji, he enquired about. The disciples told them what has happened. The kind hearted Shri Chidambar Mahaswamiji who knew every thing called Ramasani inside. Respectfuly asked her the reason for the arrival. Ramasani with shameful voice closing her mouth told about her and about the leprocy .

Shri Chidambar Mahaswamiji is allways kind hearted to eachone. What kind of people they may be. Shri Chidambar Mahaswamiji excused her and also told her the remedy for her illness ie " to wallow on the banana leaves thrown after eating their meals by brahmins ". The prasada programme is running every day for all, and you may take three days apportunity of the same for wallowing on them when the same were removed and thrown.

Ramasani became very happy, her eyes were full of tears. Then Ramasani immediately went to the place where the banana leaves after the meals have been thrown outside the village. As she has very much faith in Shri Chidambar Mahaswamiji she just stared to wallow on the banana leaves thrown. Some enthusiastic people followed her. To the surprise of her and the people followed her day by day the wounds have been cured. After third day her entire wounds have been cured and her skin became like a golden color. She was looking like beauty of heaven .