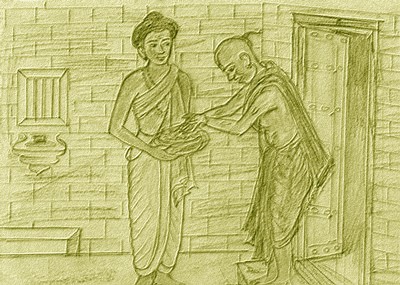 Then Battanarayana took the rice cooked himself and for his surprise he saw that, the quantity of rice remain as it is even if he removed many times a handful of rice grains. The mind of Bhattanarayana was thinking in different way and he started to cook more and more rice and its different products.latter on he started for a big dinner arrangements daily for the people to attract. And not only that he was saying the people that what is there at Chidambar Mahaswamiji ,only Jawar, I have got a AKSHAYA PATRA what is there at Chidambar Mahaswamiji, I can give you many different items do not go there etc. The news was heard through some devotees up to shri Chidambar Mahaswamiji.