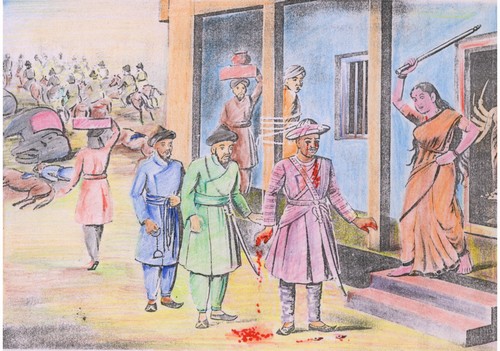 Shri Chidambar mahaswamiji blessed him .Then the king Tippu Sultan proceeded on his way.