Worship of Mahaswamiji by elephants 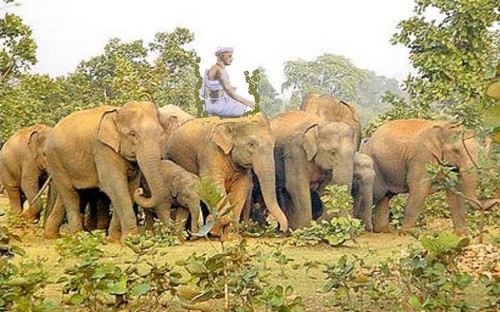 As the news riched to the entire village by one to another many people including Shri Diwaakar Dixit and Shri Rajaram Maharaj followed the elephants.