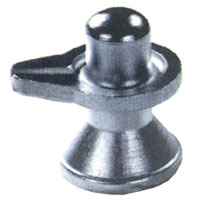 Chidambara was living very happily with his family . He was doing all his domestic duties, just like worshipping the god. That day, Chidambara was very nervous since morning. He was wandering here and there. Shri Martand Dixit was enjoying his leisure time with his grand sons – Diwakar and Shankar. He asked Chidambar to bring butter from nearby village, as the butter was out of stock in the house. Chidambara said,” Is it so urgent? I’m a bit nervous today.” But Shri Martand Dixit told that butter was required for Yadnya and he would have to bring it. So Chidambara became ready to go.

Before going out, Chidambara went to his mother and said, "I am going outside. Till my return, I request you not to accept any thing given by any body and please don’t even touch it." Mother said, “Yes, I’ll follow it.” He told his mother again to remember this and left home.

After some time, a neighbor called Laxmibai came to Dixit's house and said, “ Today we have a very good PADVAL (a snake-gourd) at our compound. Please take this for preparation of vegitabler.” She put the PADVAL in hands of Chidambar's mother and went away. Chidambar's Mother started to cut the snake-gourd (PADVAL) for its preparation for meals. Suddenly she collapsed on ground and her life came to an end!

Chidambar returned home and saw his family in grief. So he enquired his father what had happened. Shri. Martand Dixit narrated the whole story to him. Shri. Chidambar saw his mother lifeless. With tears in his eyes, he asked his father in a low voice, "Shall I awake her?" With a sorrowful voice Shri Martand Dixit said, “It is god’s order. You may say, it is god’s wish. One should not interfere in it. I know, you can do it. But tomorrow a number of dead bodies will be brought to you and you will have to give life to every one, which will not be possible.” Chidambara agreed. He performed the last rites (SANSKARA VIDHI & KARMA) and gave donations, offerings{dan} to Brahmins daily for 14 days.

All vidhis (last rites) of mother were over in a good manner.

One day, Shri Martand Dixit was sitting alone thinking. Suddenly he called his son, Chidambar and said, “ See, I am 90 years old now. Day by day my senses are becoming weak. I have got every thing in my life by the grace of Lord Shiva and experienced all the love and affection of a child. Now you may do any miracle you want, for which I have restrained you till date.”