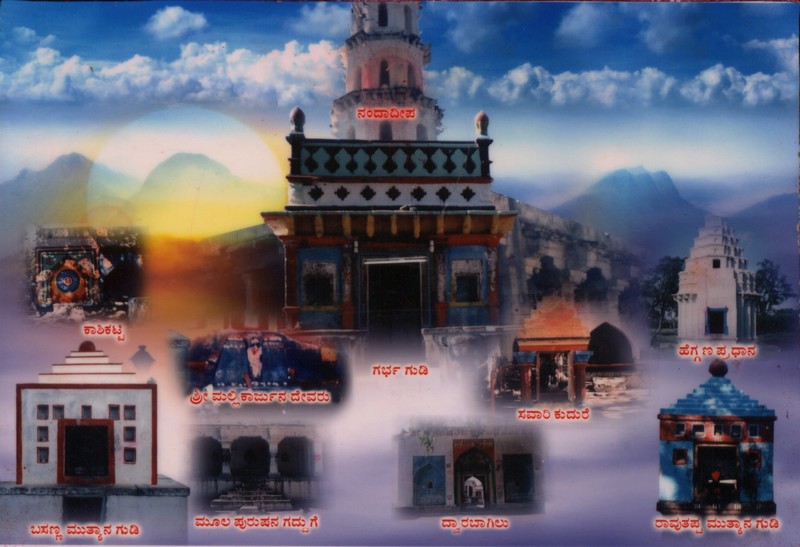 This village is generally called Hippargi . Due to ancient temple of Lord Shiva its called (Devara means in kannada god) that is god's Hippargi , Devara Hippargi. 27 kms away from Bijapur District in Karnataka , is also near to Sindagi ,or Indi talookas of Bijapur district. The temple of Lord Siva also mainly called as Mallayya , Mhalasakaknt, ,Martanda Bhairava temple . At the out skirts of village Devara Hippargi the old beautiful temple temple of Devara Hipparagi Mallayya is situated . The Shivalinga in the temple is gupta that is unseen . This is family god of Shri Chidambar Mahaswamiji ( that is kuladevata of Dixit family is shri Mhalasa kanta ).

There is a temple of Raut araya also in the western side of village . Shri Rauta-raaya was a senapati ( army chief ) that is leader of group of soldiers for the area . Rautaraya killed the devil named Darappa , who use to trouble the ordinery , spritual , good people.

There is a place still existing there at temple where Shri Chidambar Mahaswamiji use to sit and teach ,bless , and preach pravachana .

There is a sthamba ( pillers )of multistoried on which a light was used to lit in old days.Which is said to be seen from Bijapur or upto many long distence on those days . It is also useful at night for the people to see the road and directions.

There is a festval every year during ashween and margashisha months .During festive time the statue of Raut-raya is brought to the Mallaiyya temple .