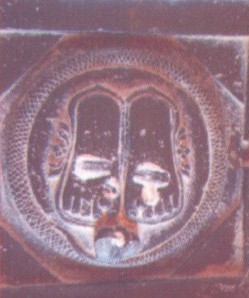 There lived a pious Brahmin couple named Shri. Nagesh Bhatt and his wife Ganga in the village Gothe in Bijapur District of Karnatak. They had a son Shankar and a grandson Trimbak. The family belonged to Shukla Yajurved Kanva Shakha with Srivatsa gotra. Trimbak was a Sanskrit scholar and master of Astrology. His income from astrological guidance sustained the family. Sri Trimbak Bhatt had four sons and Martand Bhatt was the eldest. Martand Bhatt was the most brilliant amongst them.

At the age 16, Martand Bhatt learnt vedic literature from his father. Trimbak Bhatta who wanted to send him to Kashi for further Vedic study. But during that time, Trimbak Bhatta's health was deteriorating gradually. So he carried out Martand Bhatt's marriage so that he could take up the family responsibility. Shri Trimbak Bhatta left the world two years later. Since then Martand Bhatta had to take the responsibility of his whole family including his other brothers. He found it difficult to run the family only on the basis of astrology and vedic discourses. He was little distressed. He was also thinking to go to Kashi as per his father's wish.

Before embarking on his journey to Kashi, he thought of visiting the family deity Lord Mhalasa Martand (Lord Shiva) at Devar Hippargi. Accordingly he proceeded to Devar Hippargi. There he performed pooja of Lord Malhari Martanda and prayed him with devotion to help him and guide for the future course his life. He stayed there for some days, serving his family deity Mhalasakant with all devotion. Then he continued his journey to Pandharapur and took darshan of Lord Pandurang and stayed there for a few days to worship Lord Pandurang. Everyday he used to take ablution in the holy river Chandrabhaga and have the darshan of Lord Pandurang in the early morning and would participate with other saints assembled there in their bhajans, kirtans, satsangas etc. After some days he left Pandhapur for Benaras i.e. Kashi. On the way from Pandharpur towords Benarus, he met Shri Anantha bhatta, Shri Siddheshwar Maharaj who were also in search of a mighty guru. (They were also on the way to Benarus). All of them went to Banaras and took the Darshan of Lord Kashi Vishwanath and stayed there to worship Lord Vishwanath.

They all used to get up early in the morning to bathe in the holy river Ganges. Thereafter they used to perform sandhya-vandana and pooja before taking darshan of Lord Vishwanath. Then they used to go to collect food (Madhukari). This routine continued for some days. One day, after finishing the routine rituals when they were coming from the river bank to proceed towards Vishwanath temple, they found to their surprise, a Yogi sitting in padmasana. The trio awaited there for him to come out of his meditation. They thought this was the sadguru whom they were searching for, since long. After some time the Yogi came out of his meditation. He was Shri Swayamprakash Swamiji. (Light of his own)

They approached the yogi with all humility and reverence. They stood before him with folded hands. Then all the three prostrated at his holy feet. Shri Swayamprakash Swamiji blessed them. The trio then requested Swamiji to accept them as his disciples. After the yogi scanned them from head to toe, he assented to their request and took them to his ashram. Shri Swayam Prakash Swamiji was a great yogi having thorough knowledge of all the 4 vedas, 6 shastras, 18 puranas, Chhandas, Nirukti, Vyakaran, Yadynik etc. He had many other people at the ashram as his disciples.

After some days, Shri Swayamprakash Swamiji thought of testing his disciples. Accordingly Shri Swamiji invoked a leprosy-type disease in to his body. Suddenly his whole body got infested with pus, emitting foul smell which the disciples had to nurse. One by one the the disciples began to leave the ashram except these three i.e. Shri Martand Bhatta, Shri Ananta Bhatta and Shri Siddheshwar Maharaj. These three treated Swamiji devotionally by removing the pus, dirt and worms without giving any pain to him. Swamiji was highly pleased with their selfless services in treating this dreadful disease. This was the acid test which Swamiji put the three to and the trio had passed his test. Very soon, Swamiji regained his health through his supernatural power. He called his disciples close to him and appreciated for their obedience and grit. He said he was fortunate to have true disciples like them and was ready to impart them with all the skills and knowledge he possessed. Shri Swayamprakash Swamiji poured all the knowledge and asked to them to go back to their respective places to lead a spiritual life of adhyatma (spiritualism).

The disciples were so much attached to guru maharaj that they did not want to leave him even for a minute. All of them requested the Sadguru to initiate them for sanyasa. Accordingly the initiation was given to Sri Sidheshwara and Sri Ananta Bhatta. But the sadguru orderd Sri Martand Bhatta to remain in grihastashram (life of domestic responsibilities) forever for the welfare of the world.

During the same time, Yogiraj Shri Swayamprakash Swamiji performed a yadnya where Martand Bhatta was asked to perform Agnistoma (worship of holy fire). The renowned scholars and pandits of Kashi were so astonished by Martand bhatt's knowledge of Vedas, Shastras, and Yagnikas of Martand Bhatt that they conferred upon him the title “Dikshit” (Dixit). Since then, Martand Bhatt came to be known as Martand Dixit to the world. It is after receiving this title that Martand Dixit recited the chants of hymn of Gayatri Purashcharana at Benaras.

After having the benediction of their guru, the disciples went back to their respective places with the new identities. Shri Anant Bhatta became Krishnendra Sadguru and moved towards Hubli (Karnataka), Sri Sidheshwar maharaj moved to Kolhapur (Maharashtra) and Sri Martand Bhat who became Martand Dixit moved to Gothe in Bijapur District (Karanataka).

Twenty years later, when Martand Dixit returned to Gothe, the whole village gathered to welcome the “dikshit”. He was given a grand reception at the village. After some days, he decided to leave Gothe and accordingly he left his brother, Lingabhatta at Gothe and reached Munipalli (Munavalli) with other family members. Munipalli is a holy place on the banks of Malaprabha having temples of Ganapati, Dattatreya and Harihara with a natural beauty. Even today you can find the sacred samadhi (tomb) of Kaivalya Swami here. After some days, he left Munipalli and moved to the holy place of Goddess Renuka Yallamma where he lived to worship. During that period some people from Tadkod village came to Sri Martand Dixit with a request to visit Tadkod to teach Sanskrit and Veda. Shri Matand Dixit convinced them that his brother Shri Nagendra Bhatta who was also equally competent and learned would visit Tadkod. The people agreed to this suggestion and accordingly Shri Nagendra Bhatta went to Tadkod and settled there.

Shri Matand Dixit taught Sanskrit, Vedics and Yadnynik and groomed many scholars. Martand Dikshit was happy with his family as other brothers also settled respectively at Gothe, Tadkod & Saundatti.

One day an intelligent and enlightened person known as Mr.Deshpande came to see Martand Dixit. He had already learnt about Dixit's authority on vedic studies and the ancient Hindu scriptures. So he called on Shri. Martand Dixit with a view to get blessed and enlightened by him. He prostrated at his feet imploring him to visit his native place Murugod and establish a Sanskrit Academy/School to teach Vedic Studies to the aspirants. He constantly pusuaded him and invited him to visit his place. He also informed him about its beautiful and serene ambience which was quite conducive to meditation. It is believed that Lord Shiva and Girija married at Trishrungapura, just adjacent to Muragod called Girijakalyan or Sogal. On several requests of Shri Deshpande, Shri Martand Dixit agreed to shift to Muragod.