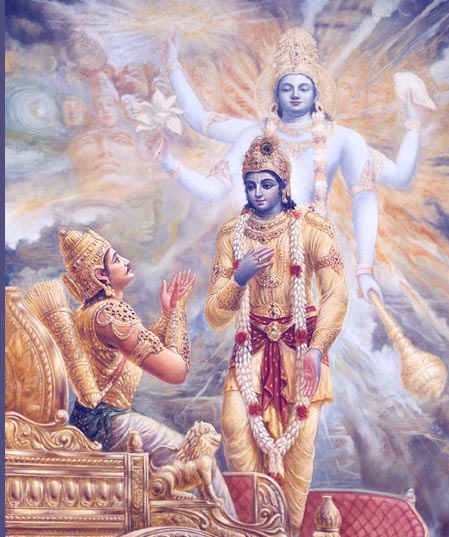 Once Vasudev and Devaki were talking to Lord Krishna about their life and expressed their anguish that they were parents only for namesake. They could not enjoy his childhood as he was not with them at that time. Thereafter he went to Gokul and Dwaraka and then Hastinapur. They lived as if they had no child. Shri Krishna consoled them by telling that he would be taking birth as their child again during Kaliyuga. They would meditate for sake of a son to Lord Shankara who would bless them with a child like Krishna. He would fulfil the desires of Vasudev and Devaki which they now were being deprived of.

In Guru Charitra also in the chater number 39, we can see the references to the wife of Shri Chidambar Mahaswamiji. Shri. Somanath and his wife Mrs. Ganga were the great devotees of Lord Dattatrey. With his blessings sou. Ganga gave birth to a girl who was later named as Saraswati. During her childhood, it was prophesied that she would be married to a person from one Dixit family and he would perform the biggest Yadnya (a holy ritual of offerings at an altar) on the earth.

The holy book on Akkalkot Swami Samarth mentions that Shri Chidambar Mahaswamiji is none other than the Lord Shankara only. Shri Swami Samarth was present at the yadnya and was serving Ghee to the people. During a yadnya, one Brahmin fell into couldron of hot food and died. He was brought to life immediately by Shri Chidambar Mahaswamiji and the yadnya continued undisturbed. The Brahmin who was brought back to life was asked to give tamboola with dakshina to all Brahmins present at the yadnya. He was then named as YADNYADATTA.