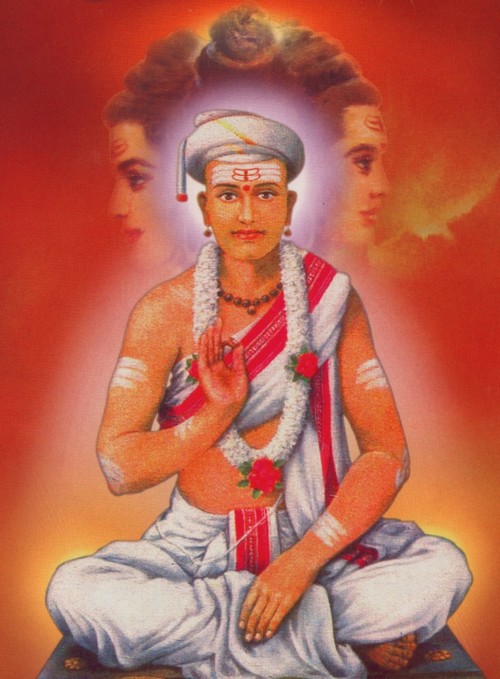 After the Yadnya and Avabrutha the function of soma yaga is almost finished. The kings, queens, disciples, devotees, everybody gathered and came *towards Shri Chidambar Mahaswamiji and they told him you are well aware that in in ancient times,the great yagnya i.e. soma yaga had been performed by Dharmaraja in Mahabharata, and after that it was under the gracious present and guidance of you. People asked him the purpose behind the Somayaga. They also wanted to know why should Somayaga be organised and who was eleigible to do. Shri Chidambar Mahaswamiji with a smile gave a spiritual discourse to th edevotees. He informed them that the yadnya was performed to emphasise peoples’ sense and commitment to duty (Karama nishtha). *He added that by chanting the vedic prayers is a path to salvation and peace from individual to entire world. People of all the four varnas (ethnic origins) or from different spiritual school could perform a yadnya, but with a sense of detachment. There should not be any hidden motive behind it. He cautioned them that in future will fall prey to the temptation of money and worldly pleasures and it will result in ‘Adharma’ or lack of dutifulness.

In the earlier Somayaga in Dwapara yuga, Lord Krishna had collected the plates of the meals took by Brahmins, which indicates that work is worship. No work is big or small. At the same time, it also indicates the dignity of a true brahmin. One must perform bhakti (Faith, trust in God), believe in the work as duty assigned by the God; to attain the state of wishlessness (vasanarahita). It is mentioned in Shruti that YADYO - VAIVISHNU. Here Lord Vishnu means who is omnipresent.

Shri Chidambar Mahaswmiji quotes from Vedas and explains that the sole objective of yadyna is to purify one’s consciousness or will. The ordinary people perform yadnya with a view to getting material benefits from it. There is always a hidden intention of achieving worldly things behind it. Most of these times, people are motivated to organise yadnic activities for achieving these goals. However, the prime goal of all the Vedas, is to lead mortal human beings to the ultimate goal of achieving salvation. Shri Chidambar Mahaswmiji opines that very often yadnyas are organised and money spent on them for the sake of seeking happiness in present life and life after death. This temptation of attaining happiness in the next life, that is, in heaven induces people to spend their money on yadnya. The successful accomplishment of yadnya adds to their talk of good deeds or acts of charity (punya) and absolves them of whatever sins they have committed. However, the common family man can not resist the temptation of money or wealth. People fall prey to that temptation and indulge in sinful acts. As a result of this they are again sucked into an ever rotating whirlpool eternal cycle of life and death. Shri Chidambar Mahaswmiji cautions us that all are susceptible to the allurement of wealth related pleasures and therefore they are carried away in this eternal pursuit of wealth and thus waste away their precious life.

Human desire is like a river and our dreams, expectation and cravings etc. are its water. Thirst (Trishna) are its waves. The temptation of woman and desire for begetting progeny are its watery creatures. Thus this water of temptation flows inundated across its banks. The cravings for worldly life of sensational pleasures are its whirlpools that capture mortal human beings and never allow them to escape from it. The rishis or saints who succeeded in overcoming such temptations, never got entangled in its mesh. The Vedas asked human beings perform yadnya so as to get rid of love of material wealth, because unless one does away with it, one can not have a bliss of performing yadnya. Unless desires for ephemeral possessions are subdued there can not be true devotion. Worship of Lord liberates one from eternal cycle of life and death and also from the trap of worldly pursuits. Without true devotion all our life of action is meaningless. Therefore one should dedicate all the actions and achievement to the Lord only. Discharging one’s duty as if it is the work ordained by the Lord, is the true karma-yadnya.

be humble towards the all living beings. Do not discriminate them. Love all living creature including plants and animals. Do not keep an eye on others’ wives and wealth. Always remember the Lord. Chanting the name of Lord is remembering the Lord. Enchanting the Lord is the simplest and the best way to achieve the salvation amongst all worships. It requires no money. It can be done at any place and at any time.