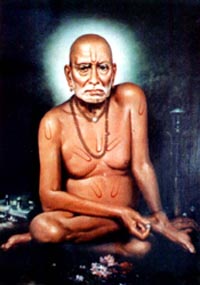 The people who served the food included Shri. Patwardhan(king of Jamakhandi), Shri.Desai of Sarpapuri (present Havnoor), Ashtapradhanas (Eight ministers of Maratha Kingdom) and many more eminent kings and devotees of that time. Even some gods were also present in the guise of human beings to offer their services. Some great saints and sages were also gathered there to take part in the divine Somayaga. A reference to that important religious event is found in the autobiography of the saint Shri swami samarth of Akkalkot (Dist. Solapur, Maharashtra) the Datta incarnate. He claims that he was present for Shri Chidamar Mahaswamiji’s Somayaga and had added ghee to the holy food or offerings being prepared for the devotees. The divine lunch (Prasad) began with the ceremonial firing of the cannon. The holy food included all types of sweets, fruits, vegetables and a number of eatables. All the invitees enjoyed the delicious food or prasada. The priests, Brahmins and scholars were favoured with monetary gifts depending upon their ranks in the hierarchy. They were also given tamboola (the chewable betel leaf with nut) as had been the practice. Apart from the kings and queens and other eminent royal family members, dignitaries and thousands of soldiers, about fifty-two thousand people were served the food on the occasion.

During night some classical programs for their entertainment were also organised. After this Shri Chidambar Mahaswamiji went to bed, but before leaving he asked all of them to be ready at the designated hour of the morning for the next day’s scheduled ceremonies.